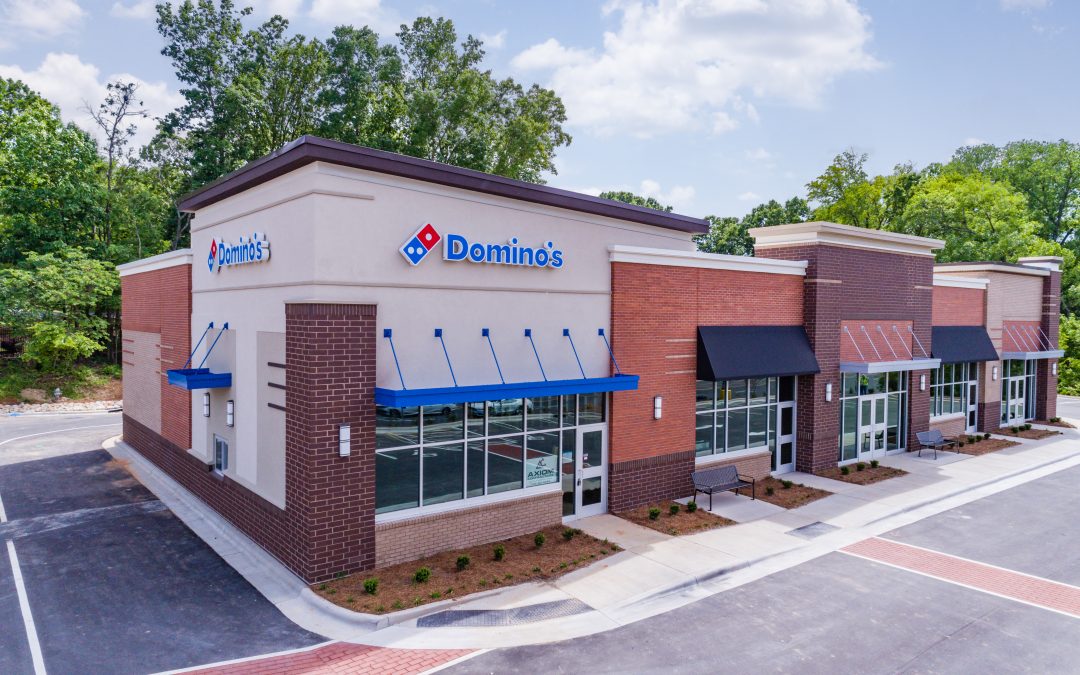 Hunter’s Quest II is a 7,400 SF retail building located at 1539 Celanese Road, Rock Hill, SC. The center is less than half a mile from I-77 and has great visibility from Celanese Road, which boasts a traffic count of 55,000 vehicles per day. It is the second building of the Hunter’s Quest development. Other established tenants within the development include BenchMark Physical Therapy, Magnolia Nail & Spa, Pulp, MadVapes, Source 1 Phones, and Krispy Kreme. Domino’s Pizza was the first tenant to join Hunter’s Quest II, taking 1,800 SF, and opened in June 2020. We are currently looking to lease the remaining 5,600 SF to office or retail tenants, with space available from as little as 1,282 to 5,600 SF.

Surrounding the Hunter’s Quest development is the vibrant city of Rock Hill and York County. Rock Hill is now a top 500 municipality nationwide in population and the 5th largest city in South Carolina. The city has seen a steady increase in population since 2010 and York county was named one of the fastest growing counties in South Carolina. Two miles from the Hunter’s Quest development the Carolina Panthers are constructing a $1 Billion training facility and headquarters. This facility will house all team activities outside of the games on Sunday. The development will also include restaurants, retail, a healthcare facility, apartments, hotels, trails, and office space. It is set to be completed in 2023.