Warren Norman Co., Inc. announces the signing of “Academy Sports” which is a retail store specializing in sporting goods and hunting equipment of all types. The store will be a seventy-one thousand (71,829) square feet and will be the first tenant in a planned two hundred twenty five thousand (225,000) retail center. Academy Sports has one hundred thirty stores nationwide and this will be the first store in the greater Charlotte region. The Lease was signed and executed on Monday June 6, 2011 and will lease the building and land. The development contains over forty (40) acres and the Retail Center will be owned and managed by the Warren Norman Co., Inc. The signing of Academy Sports culminated in over four years (negotiations began in 2008) of work and is the first anchor tenant for the Retail Development. The Retail center will be a combination of stone & masonry construction with extensive landscaping & parking. The Development when completed will represent over thirty- five million dollars in commercial value for the greater Rock Hill area. Other tenants will be announced in the near future. 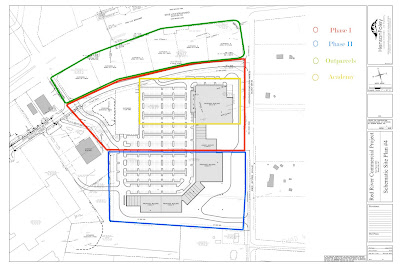